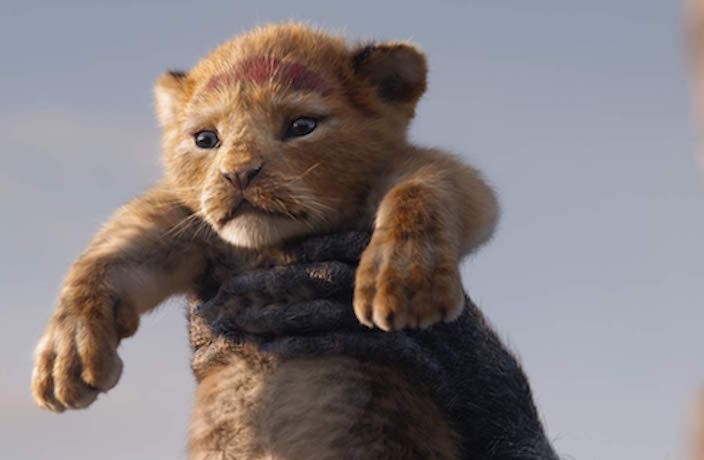 Here are all the major international movies to catch in Chinese theaters this July.* This 2017 French film was released in Chinese cinemas near the end of June and features an intriguing plotline of parental conflict over the custody of their child. The film won the Silver Lion at the 74th Venice International Film Festival and holds stellar ratings on IMDb and Rotten Tomatoes, with the latter’s critical verdict reading “Custody uses formal restraint – and a series of searing performances – to take a hard-hitting look at the often painful bond between parents and children.” This China-made film has received below average reviews since its release in Hong Kong and Singapore at the end of June. With MMA legend Anderson Silva playing a starring role, we can’t say we’re overly surprised (sorry, Anderson). While Hong Kong independent king Fruit Chan is on directorial duties, this film went through a number of issues before hitting theaters. Focusing on an undercover cop named Kowloon, played by martial artist Zhang Jin, the film charts his demotion, despair and ultimate redemption. Classic cop fare.

This timely documentary release focuses on the relationship between the world’s two most powerful countries – China and the US – and why these two superpowers need to work together in order to achieve global stability. Coming from Academy Award-winning director Malcolm Clarke, this film took five years to make and comes at a time when these two countries are trading blows in the ongoing trade war. Released at the end of 2018 in the US, the film brings together insights from renowned scholars from both countries to dissect and understand the turbulent relationship between two very different, but similar, superpowers. Daughter of Shanghai, based on the autobiography of the same name, focuses on the dramatic life of Tsai Chin, one of the first Chinese actresses to make it big in the Western world. While she grew up in China with a famous father, Peking opera master Zhou Xinfang, she arrived in England practically anonymous and was forced to struggle to achieve fame and success as an actress. Her roles in such notable films as You Only Live Twice, Memoirs of a Geisha and The Joy Luck Club have made her one of Asia’s best-known actresses.

Following the huge success of the first film in this cartoon franchise, the cast returns, largely unchanged, for another fun and furry look at the lives pets lead when their owners leave. Think of it as Toy Story, but for animals. Voice-over contributions come from a stellar cast, including Kevin Hart, Tiffany Haddish, Nick Kroll, Dana Carvey and Patton Oswalt (who replaces onanist Louis C.K. as the main dog Max). On this outing the pets find themselves on a farm, getting mixed up with a white tiger called Hu and evading a group of dangerous black wolves. Mobile Suit Gundam Narrative continues the story and conflict from the previous movie Mobile Suit Gundam UC. One year after the original conflict, known as the ‘Laplace Incident,’ sightings of a new threat are made. Bad guy Zoltan goes on an all-out-offensive, attempting to use this new evil to his advantage in order to put the safety of folks all over the earth in danger. Have you been waiting for the second film in the of Fate/Stay Night: Heaven’s Feel trilogy for over a year? Well, the sequel is finally here! Following on from the story of the first film in this series, also known as Presage Flower, a conflict known as the Holy Grail War has become even fiercer. With teen characters participating in the war, falling in love and fighting for each other, this tale of fantasy is perfect for lovelorn, romantic anime fans.

One of the most popular Disney films ever made has been given a new CGI re-imagining. This version follows the growth of Simba and is largely based around the story of the original animated film. After the lion prince’s father is murdered by his uncle, Scar, young Simba has to flee his kingdom and undertake a journey that will see him gain both responsibility and bravery. The Lion King features an all-star cast with voice-overs by Donald Glover, Chiwetel Ejiofor, James Earl Jones, Seth Rogen and Beyoncé.

This bizarre sequel carries on the plot of prequel Endhiran. Eight years after human-robot Chitti is dismantled for causing untold amounts of destruction, scientist Dr. Vaseegaran creates a brand new robot and assistant, Nila. However, the continuous disappearance of cell phones in the city seems to predict incoming chaos. These strange incidents call for the return of Chitti to save the city.

July 19: Fighting with My Family You don’t want to miss a movie with the star of the Fast and Furious series, Dwayne Johnson, right? Holding a score of 92% on Rotten Tomatoes, Fighting with My Family follows the story of a UK girl, Paige, trying to make it as a wrestler. Receiving advice from the Rock himself, Paige goes through ups and downs as she attempts to clamber to become the Queen of the Ring.

This 2017 animated film tells the tale of little boy Rudolph, a 13-year-old vampire, whose family is threatened by the appearance of a vampire hunter. When he meets a human boy Tony, who is the same age and eternally curious when it comes to spooky and supernatural things, they become friends and Tony decides to help Rudolph fight against the antagonist and save his family. A co-production between production companies in Germany and Holland, this animation is a perfect film for the kids this July. This 2018 Netflix original animation tells a tale of the beautiful friendship between a robot and a little girl. Mai loves football but she is a lonely girl. An encounter with a top-secret robot, Project 77, pulls her out of her solitude and her blossoming friendship with the robot changes Mai. That’s all, right? Just a beautiful tale of friendship? Of course not. Antagonist Justin Pin seeks out Project 77, using the robot’s power to destroy the world. The human-robot duo sets out on a mission, working together to stop Pin. Adapted from the best-selling autobiographic novel and the 1973 Steve McQueen film of the same name, Papillon follows the epic story of prisoner Henri ‘Papillon’ Charriere, who was wrongfully convicted of murder and imprisoned on the notorious Devil’s Island in French Guiana. Intending to regain freedom, Charriere makes a deal with inmate Louis Dega, a counterfeiter, to finance his prison break. Featuring Charlie Hunnam and the Oscar-winner Rami Malek, the 2017 version of Papillon is a modern, if not average, retelling of a cinematic classic.

With additional files from Bryan Grogan