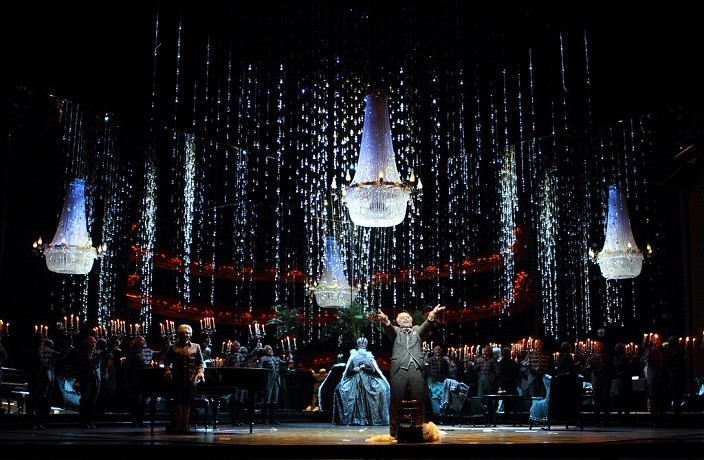 The penniless soldier Gherman falls in love with Liza. To make a fortune and marry Liza, Gherman decides to figure out the winning three-card formula from the Countess and sets himself on a dark path. Based on a short story from Pushkin, The Queen of Spades is a timeless classic from Tchaikovsky and his brother. The sequel to China's most popular musical kids' show is headed to Shanghai. With brand new musical instruments, improved settings plus more vibrating rhythms, SAMAJAM 2 - Super Djembe is sure to grant families with 200% participation and 200% fun. Occupying dazzling light installations and creative photo booths, The Starry Gallery of Shanghai (check our Step Inside here), hidden within Pier 16 on the Bund, is your next spot to take striking photos. Even if you are not into photography, you can escape from the stresses of real life and simply have fun here with this interactive and interstellar installation.

Kids love the story of Pinocchio... and for good reason! Pinocchio will be brought to life in Shanghai this September. The play tells the story a puppet named Pinocchio, who was created out of wood by a man named Geppetto. However, Geppetto wished that his puppet could be a "real boy." His wish was magically granted by the Blue Fairy. The play will take your kids on an adventurous journey with Pinocchio, as he learns how to navigate the world in an honest and truthful way. Whenever Pinocchio does lie, his nose grows longer and longer! Kids three and up are sure to be highly amused and entertained. The French rock-opera musical Le Rouge et le Noir - L’opéra Rock (The Red and the Black - The Rock Opera) is heading to Shanghai in early-mid October this year. Experience stunning music and visuals as audiences witness the rigid religious and social structures of nineteenth-century France. Written in 1830 by the famous French author Stendhal, Le Rouge et le Noir tells the story of Julien Sorel. Sorel is the son of a carpenter, who is trying his best to work his way up in society, despite coming from a very humble upbringing. His view on the world starts out naive, romantic and idealistic. Although, things quickly change. Sorel and his adventures serve as a metaphor for the societal structure of France at the time. Along his journey, Sorel masquerades as a devout Catholic and finds work as a tutor for the children of Monsieur de Rênal. Despite his pious demeanor, he begins a scandalous and ultimately disastrous affair with the wife of Monsieur de Rênal. The historical psychological tale, Le Rouge et le Noir, will be performed at Shanghai Culture Square this October. That's right. Everybody's favorite blue men are coming to Shanghai this year. The Blue Man Group will be performing at 1862 Theatre from December 23 until January 5, 2020. So yes, you will have to wait a few more months to catch them, but we're guessing tickets will sell out fast so we highly suggest snagging some tickets while you still can! You never know what to expect when it comes to the Blue Man Group. Expect to laugh, rock out and have a blast as the bald, blue men entertain through music, art and comedy. You know a show is popular when over 35 million people of all ages, languages and cultures have seen it. It’s going to be a masterful and musical trip, led by three of the boldest, baldest and bluest guys on the planet.