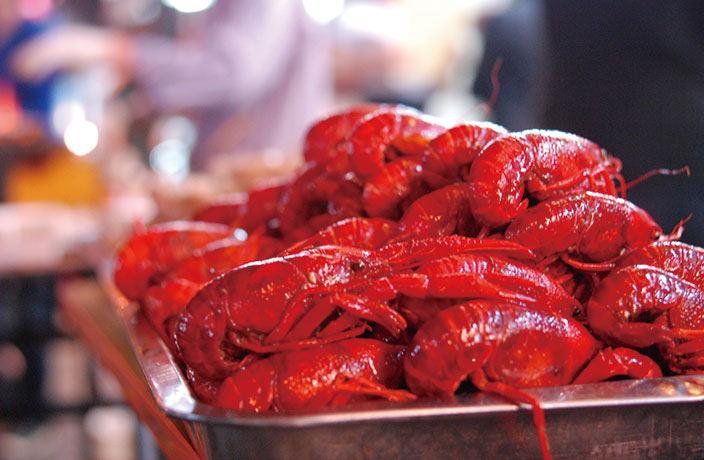 Many have said that China's seasonal specialty of crayfish has long since fallen out of fashion. We don't believe it. Every year, with the slightest hint of sunshine, we see buckets of them on street corners luring in herds of hungry patrons. A summer in China is simply not complete without at least one crayfish dinner (or as the Chinese call it, xiaolongxia). But before you go, there are a few things you'll need to know... 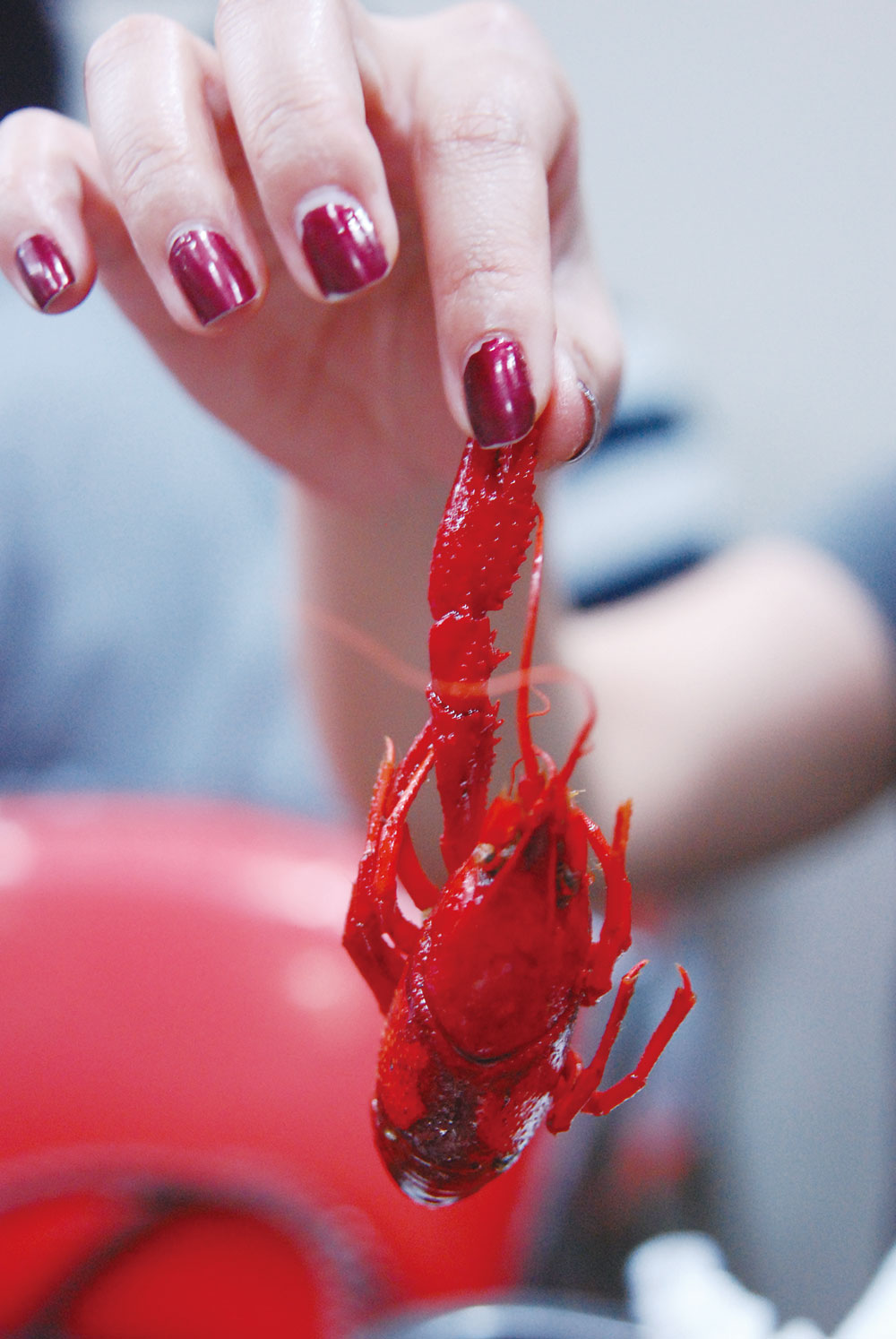 There is no way around it: Cracking open a crustacean is messy business. Don't bother with the disposable gloves they give you; all you're doing is postponing the inevitable. Your fingers will get messy, regardless. Are you afraid of having shellfish residue on your hands the rest of the night? Well, that's what soap and water are for, folks. If the restaurant doesn't supply that in the restroom, you're in the wrong place. That probably means the cooks don't have anywhere to wash their hands either.

2. Pick the right ones to eat 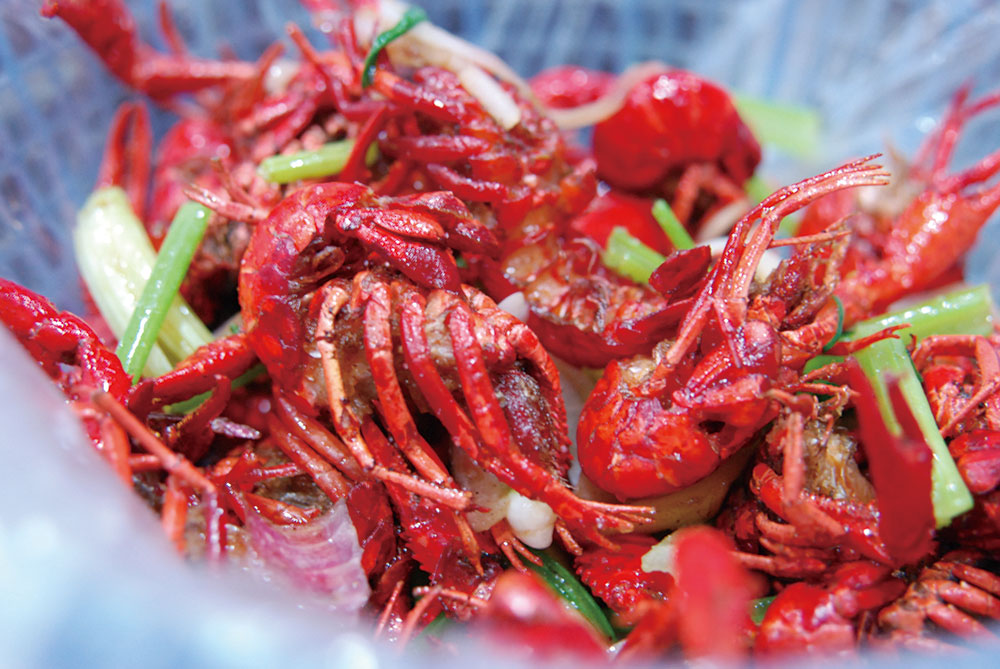 There is a serious grapple factor with this food. So, naturally, the bigger ones are better. And the make the hassle more rewarding.

As the weather gets warmer, these critters get bigger. So, by the end of the month, we'll be in peak season. Eat only the crayfish whose tails have curled up under their bodies. A straight tail usually inidicates it was dead before it ever reached the pot. Another indicator is mushy tail meat. Eat only tail meat that is firm and springy, like lobster.

Shelling xialongxia is a seemingly simple process, but how often people get it wrong!

First, flex the tail a few times. This attenuates the connective material in the shell segments and makes the tail easier to peel.

Then, holding the tail in your good hand and the carapace in the other, remove the tail with a gentle twisting motion. Veterans at this point will usually de-vein the crustacean by gently wiggling the tail flaps and pulling it out the back. 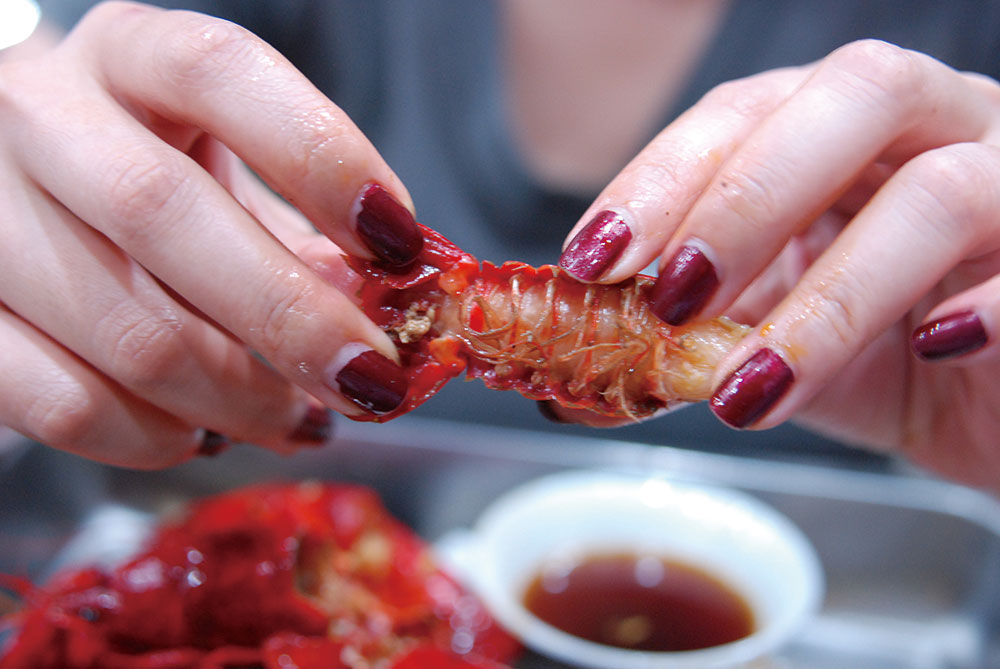 It’s a procedure that takes a certain amount of finesse to perfect, so we recommend you start snapping the shell segments off the tail and then removing the vein.

Dip it in the provided sauce for extra flavor. 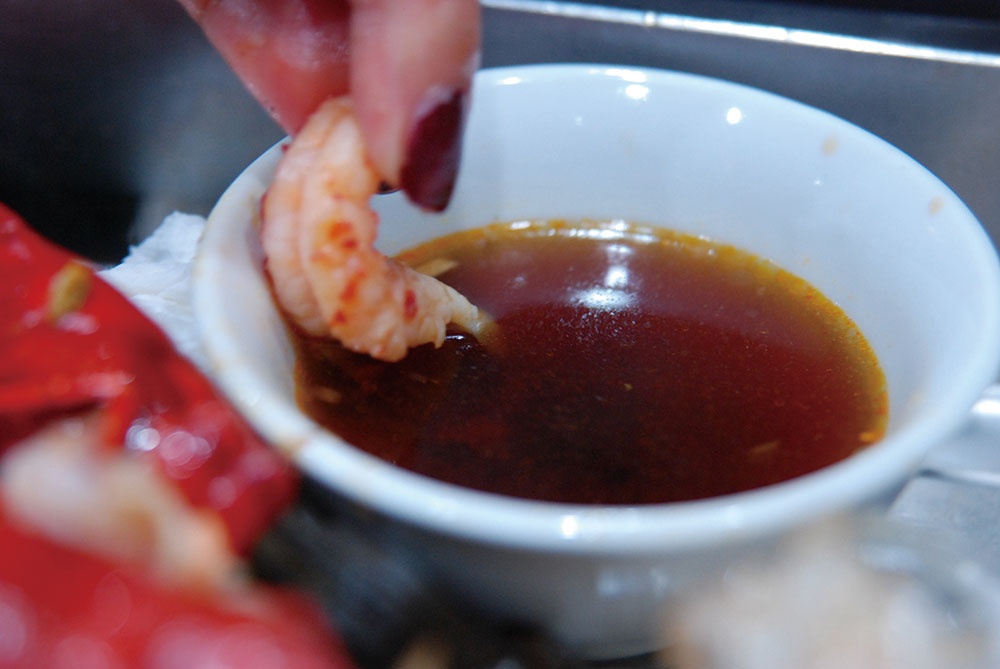 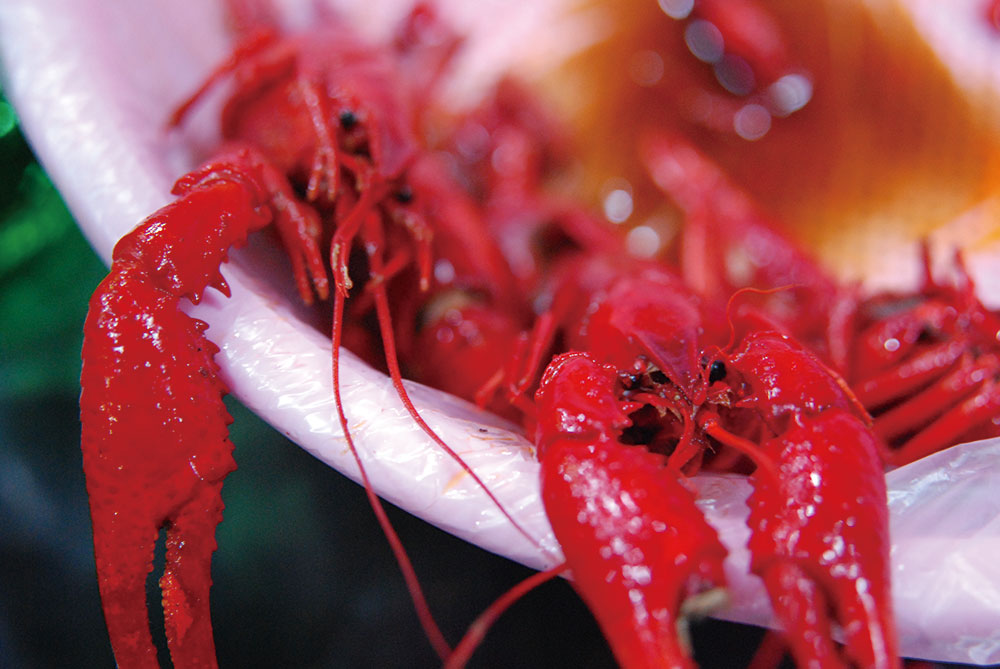 Why would anyone suck out the yellowish brown goop from inside the carapace? Because it’s delicious! It’s rich in fat and absorbs all the flavor from the broth the crayfish is boiled in. It’s like eating xiaolongxia concentrate.

But tomalley, as the goop is often called, sometimes contains potent neurotoxins that cause a host of unpleasant symptoms like tingly digits, slurred speech, blurred vision and, in severe cases, death. It’s nothing inherent in the crustacean itself; it’s just a question of microbe populations in the water.

We couldn’t find any local regulatory body to advise us on this issue, nor would we trust one if we could. Officially, we advise you to not suck the head. Unofficially, we’ve sucked many a crayfish head and without incident. 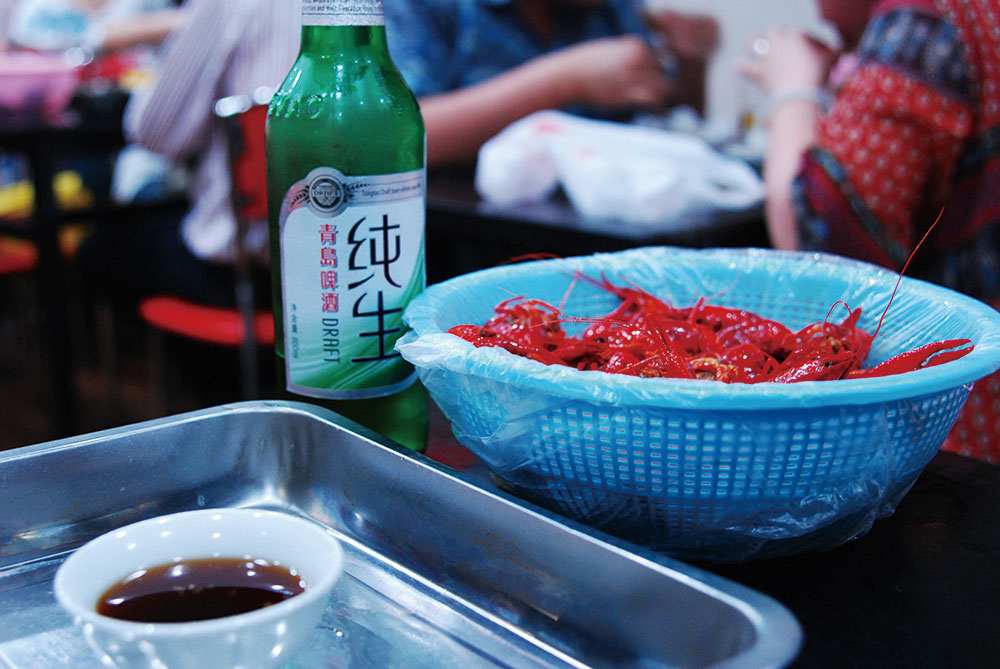 What do you drink with xiaolongxia? Beer! Ice-cold beer! What’s the matter with you?