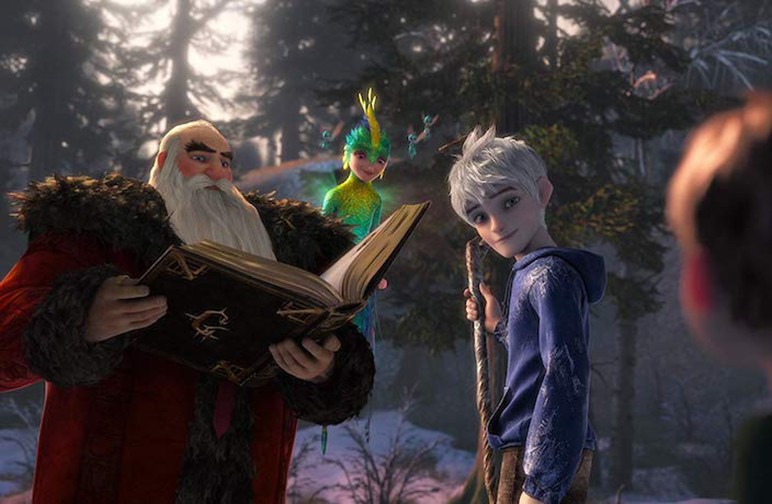 It's the time of year that has you assembling gingerbread houses, decorating your tree and playing those catchy Christmas tunes. So, to go with this festive spirit, here’s our list of must-see Christmas movies to watch over the holidays. Get the popcorn ready and enjoy these family favorites! A Christmas Story has aged gracefully as it tells the story of a boy’s mission to get the ultimate Christmas gift: a Red Ryder Carbine Action Air Rifle. With its snappy dialogue and the classic scene of a tongue stuck to a telephone pole, this movie retains its childhood charm.

All I Want for Christmas is You This colorfully-animated movie tells the story of a young girl named Mariah who desperately wants a puppy for Christmas. With well-known songs and lots of shenanigans, Mariah goes to extreme lengths to make her wish come true. A modern Christmas movie with humor, engaging dialogue and excellent animation, Arthur Christmas is a modern-day Christmas classic. It’s the story of Santa’s son Arthur who must try to save Christmas after a disaster at the North Pole. After Barbie and her sisters set out for a family vacation, they become stranded in a small town. This is a movie about welcoming those in need during the festive season and the real spirit of Christmas is about being together and sharing the joy no matter where you are. It’s not a movie, but this television classic is must-see for anyone who wants pure Christmas cheer. Charlie Brown Christmas is 30 minutes of innocent holiday excitement as the Peanuts friends discover the true meaning of Christmas. Will Ferrell’s role as an elf going through an identity crisis makes for one of the funniest holiday movies. Hilarious and touching, this classic Christmas tale creates a magical playfulness that exemplifies the best of the festive season. After accidentally being left at home by his family, an 8-year-old boy has a mischievous adventure going up against burglars to save his family home.

How the Grinch Stole Christmas Christmas would not be complete without watching this classic Dr. Seuss masterpiece starring Jim Carrey. The story of the town recluse who was obsessed with ruining the happiest time of the year finds himself getting caught up in the Christmas magic. This movie plays out a multitude of storylines that follow the lives of eight different couples during the lead up to Christmas. Love Actually pulls you in immediately with its memorable soundtrack and a star-studded cast. A not to be missed rom-com Christmas flick. Chevy Chase lands lots of laughs in this silly and disastrous Christmas tale that has the Griswold family turn the festive season into a debacle.

Rise of the Guardians While slightly darker than the average Christmas movie, this tale of good versus evil has immortal guardians such as Santa Claus and the Easter Bunny facing imminent danger. Thankfully, saving the day and ensuring darkness and despair do not take over is the winter spirit Jack Frost. There are endless film adaptations of the popular Dicken’s novel A Christmas Carol to fit into any family movie night, but Scrooged with Bill Murry holds timeless charm while bringing Murry’s slapstick humor to the forefront. A movie about four brothers dealing with bullies at school and finding goodness from within to rise above. Narrated by the eldest brother 15 years in the future, he returns to Christmas in 1986 and tells of lessons learned around being kind to others regardless of how they treat you. This is a funny chick flick that also pulls at the heartstrings. With a star-studded cast including Kate Winslet, Jude Law, Jack Black and the masterful Cameron Diaz, this movie about two women falling in love is bound to get you in the holiday spirit. While technically another version of A Christmas Carol, this Muppet-themed fantasy brings a dramatic flair to the Dickens classic with it’s musical hits. It’s hilarious, the puppets are flawless and it succeeds in delivering authentic holiday cheer.

A story of wonder and magic told through the journey of a young boy going to see Santa Claus on a magical train up north. The hyper-realistic animation isn’t to everyone’s taste, but the magic of the story carries the film to a triumphant ending. This documentary revolves around the Christmas tree sellers who come to New York City from Canada every year to sell trees on the side of the street. Both interesting and heartwarming, this tale give viewers an intimate insight into what it means to be a ‘tree man.’ Made in 1954, White Christmas perhaps doesn’t get the same laughs that it did when released, but it holds some classic Christmas charm. Full of cheer the story focuses on bringing Christmas spirit to others while playful love interests develop.