Man Fined ¥1,000 for Riding a Go-Kart on Shanghai Street 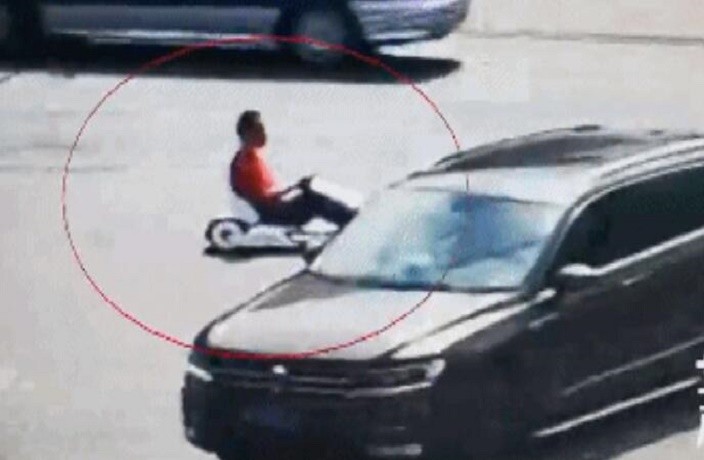 A man was seen riding a go-kart on the streets of Shanghai. He was later tracked down by local police and received a fine of RMB1,000 (USD145), reports Shine.

The rather hilarious incident took place in Baoshan district. On June 23, several netizens posted on Weibo that they spotted a man dressed in red riding a white go-kart on the road. While driving swiftly and nimbly in the street, the man apparently broke a series of traffic rules, including cutting across traffic lanes and driving on the wrong side of the road. On top of that, go-karts are classified as banned vehicles and should never be ridden on the road.

The bold move of this man, surnamed Ye, caught the attention of Baoshan traffic police and he was subsequently summoned to the office.

It turns out the go-kart is actually a toy belonging to his 6-year-old grandson. When Ye was playing with the little one that day, he received a call from his firm, which required him to be there promptly. In a hurry, he came up with the ‘brilliant’ idea of borrowing the go-kart from his grandson.

After getting caught by the police, Ye realized that his actions were reckless. He was fined RMB1,000 (USD145) and the go-kart was confiscated.

Ye’s actions also drew the attention of netizens, who made several jokes about the incident.

“I wonder how he will explain this to his grandson now that he has lost the little boy’s precious toy,” comments one netizen.

“The guy dressed in red and drove a go-kart on the road,” jokes another. “Maybe he plays too much Mario Kart.”

Jokes aside, the police have emphasized that personal transporters like e-scooters, Segways, skateboards, roller skates and go-karts are prohibited in Shanghai. They are only allowed in non-traffic zones, like parks and indoor areas.

[Cover image via via 宣克炅/WeChat]