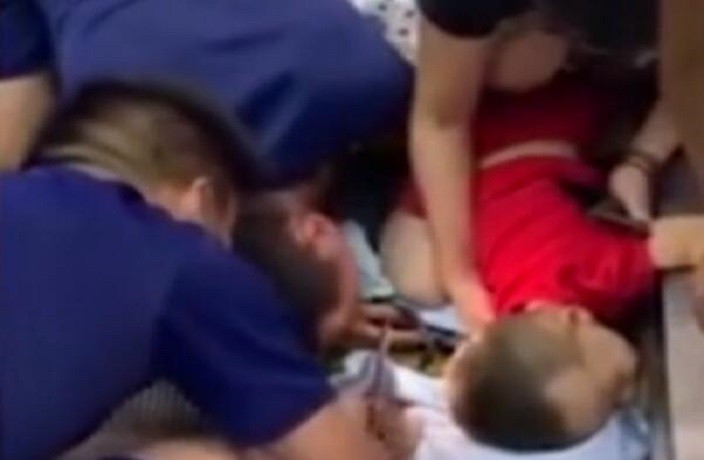 A two-year-old toddler got his right arm stuck in a running escalator in a shopping mall in Hunan, reports Xinhuanet.

The terrifying incident took place last Friday. The little boy was riding an escalator with his mom when he suddenly fell backwards and was dragged into the machine. The security guard promptly pressed the emergency button and stopped the escalator. However, the right arm of the toddler was still jammed in the escalator.

It didn’t take long before firefighters came to the rescue and realized how critical the circumstance was. “We planned to employ hydraulic tools to widen the gap directly,” explained one of the firefighters. “Nonetheless, by doing so, the arm of the boy might take further damage. In the end, we decided to do this in a conservative way.”

In addition, one member of the fire brigade was assigned to comfort the boy and his mom. “I tried to soothe him and told him not to cry,” recalled the firefighter. “He was very courageous and did cease wailing for a while.”

After half an hour, the toddler was finally freed. While being carried to the ambulance outside the mall, the boy, along with his mom, kept saying “thank you” to the firefighters.

Meanwhile, quite a few experts on parenting have advised that accidents frequently happen on escalators. To avoid them, it’s better for parents to hold their little ones’ hands while riding an escalator and watch out for shoestrings and long dresses.