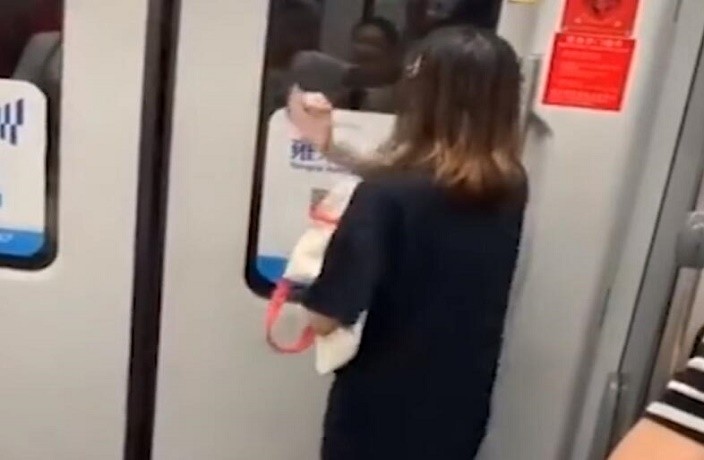 A video showing a female passenger trying to open the door on a running Metro train in Shanghai went viral earlier this week, reports Shine.

The incident took place on Metro Line 4 in Shanghai. As seen in the video, a woman, surnamed Wang, continuously hit the door with her cell phone. She even attempted to pull the emergency handle. Without a doubt, her actions attracted the attention of other passengers. However, she seemed unaware of the clamor and continued bashing the door. You can witness the incident through the video below:

Many people speculated that the woman might have hopped on the wrong train and reacted this way because she was in a hurry. Regardless, her antics violated certain regulations and incited condemnation from most netizens.

“It’s too dangerous!” said one netizen. “How could she endanger all the passengers on the train because of her own stupid mistake?”

“The woman is cuckoo,” commented another. “Passengers like this should receive corresponding punishment.”

It turns out the second netizen was onto something. Yesterday, the police released an official report and the woman does in fact have a history of mental illness.

According to the investigation, Wang had a mental breakdown following a verbal fight with her boyfriend. Thankfully, her actions didn’t affect the operation of the Metro train.

Wang was admitted to the Shanghai Mental Health Center to receive further treatment.