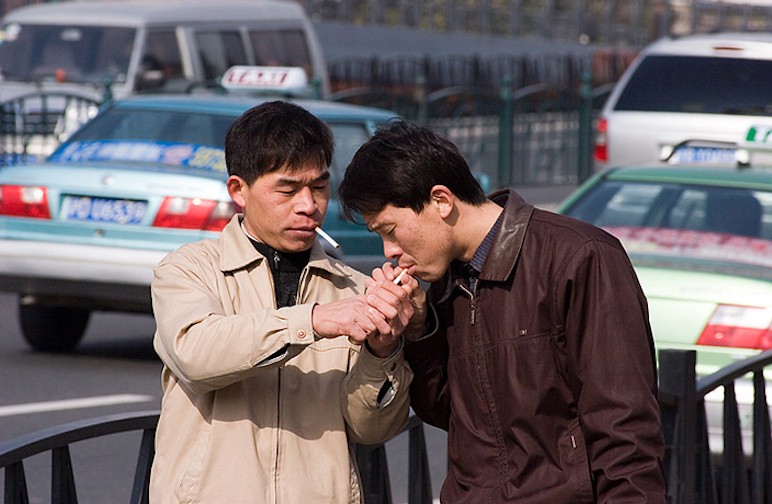 Cigarette smoking is considered one of the leading causes of preventable death in the world, and China, the world’s largest tobacco products producer and consumer, is a country with a large portion of the population using the highly addictive substance. But on the bright side, smokers in the PRC have been on the decline in recent years.

According to a report by the Southern Metropolis Daily, which compiles the latest data from provincial authorities on the rate of cigarette smokers in Chinese provinces, municipalities and Special Administrative Regions (SAR), there has been a decrease of smokers in a number of Chinese cities.

Financial hub Shanghai recorded 19.9% of residents were smokers in 2018, a 0.3% decrease compared with 2017. Male and female smokers in the municipality accounted for 37.9% and 0.8%, respectively. An ongoing smoking-control campaign in Shanghai aims to reduce its cigarette-smoking population to below 18% by 2030.

However, both Chinese mainland cities have a long road ahead of them, in comparison with the SARs. According to Hong Kong government data published in 2019, Only 10% of its population are smokers, while Macao recorded 15% in 2015, both figures lower than Beijing and Shanghai.

The number of smokers in coastal provinces such as Zhejiang, Fujian, Guangdong, Guangxi and Hainan have all shrunk to some degree, with the island province of Hainan recording a significant 6.2% decrease in smokers over the past three years.

Shaanxi and Yunnan are the only two provinces with a smoker population higher than the 2018 national level of 26.6%, according to the Southern Metropolis Daily. Meanwhile, Hunan and Jiangxi provinces have a male smoker rate of over 50%.

China joined the WHO Framework Convention on Tobacco Control (FCTC) in 2006; however, a 2013 paper on China’s tobacco control after joining the FCTC notes slow progress in curbing tobacco use. China aims to reduce the number of cigarette smokers by including the initiative as part of a nationwide healthy lifestyle campaign started last year by the State Council, which spans from 2019 to 2030.

Currently, the majority of Chinese cigarettes don’t have graphic warnings on their packaging, with the most common visible warning being a line of text that translates into ‘smoking is harmful to health.’ According to Matthew Kohrman, coauthor of the book Poisonous Pandas, all cigarettes sold in China today, over two trillion sticks per year, generate USD140 billion per year in profits and taxes, compared to USD1 billion in 1981.

READ MORE: 5 Famous Cigarette Brands and What They Say About You