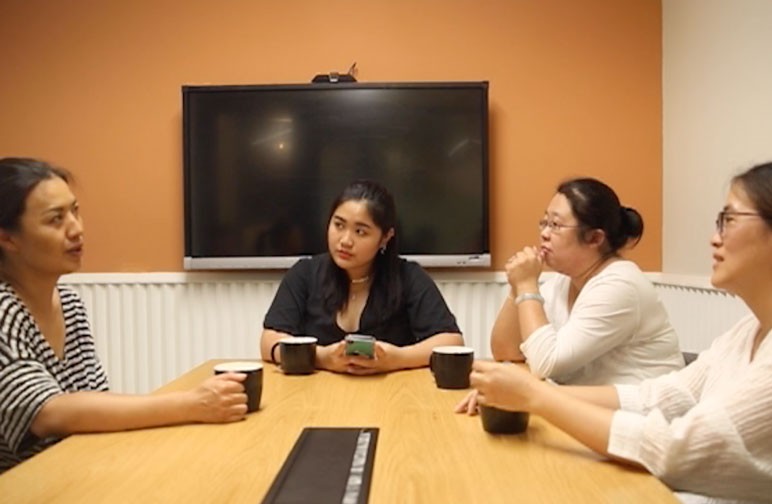 How do views towards ‘slut shaming’ differ between cultures? A student at local international school recently decided to take a deep dive into that taboo topic in a new documentary.

Lucy Chen, a junior at Shanghai Community International School, recently gathered a group of friends and family to discuss what slut shaming means, and how similar controversial topics are approached from people of different backgrounds.

Below, Chen tells us a little more about her video:

I’m Lucy Chen, currently a junior at Shanghai Community International School. I was raised and born in a traditional Chinese family in Shanghai, but my family decided to let me receive Western education starting from a very young age in order to study abroad in the future. The massive amounts of exposure to Western values and culture led me to have a very multicultural perspective of the world. Eventually, this developed into an internal struggle between two cultures, as I discovered that the values that surround me in school often contradict with what my family believes in.

The contrast between Eastern and Western cultures became more apparent as I grew up. Being the only person carrying a Chinese passport in my school, I started to realize the stereotypes that people around me enforce onto China, similar to what my extended family assumes of my friends and their cultures. Therefore, I decided to transform this dilemma into a project where I interview people with different backgrounds on controversial topics in hopes of educating others and debunking stereotypes.

For this video, I chose to explore slut-shaming - something that I, as a female in a modern society, resonate with yet don’t see it being rightfully discussed. This topic also associates with feminism, something that is especially relevant in today’s society.

After contacting a few of my friends, family, and family friends, I was able to gather a group of people with strong opinions and beliefs. Throughout the filming process, there were a lot of important questions and statements that were brought up that I have never thought about before. I was also able to recognize surprising similarities and differences between the groups of people.

I personally believe that communication is the most effective way of learning and the most important step of making progress; and I hope that anyone who watches my videos would be able to agree as well.

You can watch the video below: